So often the message when asking about sizing a variable speed air compressor is to simply put in the largest possible variable speed air compressor and your system will be reliable and electrically efficient. The question is so why do an audit? The suggestion is often that a variable speed compressor will save you money in the long run even though it is more expensive up front. As an end user you need to be wary of this and do your homework before simply going with this option. South Africa is a unique environment, we are all well aware of the power utility’s problems and at times having a stable electrical supply is a luxury. A variable speed compressor has some complex components which can be susceptible to major breakdowns caused by the incoming power supply. 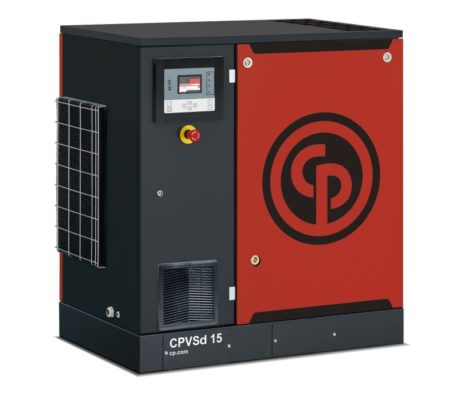 Why not just have one variable speed compressor? Instead of having a complex multiple compressor system with storage requirements and sequencing as well as program controlling and so on?

As an end user the recommendation may be simply just put two variable speed units in, one a primary use, the other the back up. This will give you perfect peace, efficiency and reliability right?

This article is edited from www.airbestpractices.com and aims to prove how and why a single variable speed compressor (With full sized backup) can be a suitable option, but only if sized correctly.

“A variable speed compressor can dramatically reduce electrical consumption but only if sized correctly, and only if you have a stable electricity power supply”

To you know your demand you would generally need an air audit, this does come at a cost, sometimes in excess of R100k. Certain supplier will offer a “free” air audit on condition you buy the compressor from them.

Variable speed compressors efficiency starts to drop off as the speed drops below 50% and gets even worse as the minimum speed gets closer. On top of this, the compressor oil does not run warm enough if the compressor runs at minimum speed for long periods of time. This ultimately leads to reliability problems. A strange fact is that a variable speed motor runs hottest at the lowest speed, this is because motor cooling is less at low speed and with the constant torque application plus slippage the motor ends up under strain.

On the flip side, the reason why you dont want the compressor to run above 80% frequently is because current is highest at that point, higher current = high electricity cost. The top speed is higher than the ideal speed. See the image below showing the typical performance curve. For comparison purposes, below is an image of a graph with two alternatives to the variable speed compressor. Rule of thumb – If one variable speed compressor can be sized to being in the 30% to 80% flow range most of the time, then the compressor should be a good fit.

Low Demand Time must not be excessive

This goes back to the low end performance problem. Leaks are a realistic problem in almost every production plant or factory. If the plant is at pressure all the time, but only runs on shift, this would mean the air compressor is simply feeding leaks two thirds of the time.

This mean the production process is stable. Some facotries are built to do just one thing and they will only ever do that one thing.  This is normally for a turnkey project with a large upfront investment. In today’s environment such projects are less common as facilities become multi-fasseted to allow for multiple production lines to be added as the need and economic demand changes.

Once a centralized compressed air supply is an option then a single variable speed compressor could be a good fit, otherwise NO.

If you spend all your compressed air budget on one air compressor and cannot get a backup, then you have significantly reduced the relaibilty of your plant. In fact, you are more reliable working with two 19 year old compressors than with one brand new one.

Variable speed compressors can be tricky in their initial stages as they often have so-called “teething” problems soon after installation, cause by dirty power, vibration, high temperature cooling air, atmospheric dirt and a whole bunch of other things your old compressors used to tolerate and “became used to”

Make sure you have a full-sized back up for a single variable speed compressor system. 100% redundancy.

Get in contact with us and our sales team will happily answer any questions, queries our requests you may have.